From the beginning we were an SMP server and then thought that our players were bored so we got down to it to develop these things:

-SMP: Under an SMP server one understands: You spawn somewhere in a world and try to play Minecraft with other players. With us you can do just that with Homes, TPA functions and more.

-Squid Game: After the famous Netflix Serire Squid Game, we have recreated many games that appear in the film. Every Wednesday you can fight for survival.

-Murder Mystery: One murderer, one detective and innocent. The goal is simple: The murderer must try to kill all players with a sword. A detective has to kill the murderer with a bow. And the innocent have to hide and avoid the killer.

-Skyblock is a very popular adventure world that is about survival with minimal resources. You start on a very small floating island made of earth (the eponymous sky block), on which there is only a single tree and a chest. The goal is to play through Minecraft.
-OneBlock Minecraft starts up with one or more blocks floating in the sky. The player has to dig out the block for different materials in the middle. Every time the player digs up the same block, new material is generated in its place.
-Hunger Games: The supplies are kept in chests and each player needs to clean up as much as possible before sprinting into the surrounding wilderness. It's a tricky proposition as many players immediately start attacking each other for the best weapons and other resources. Once the initial action wears off, players start methodically chasing each other in hopes of being the last player alive.

-Economy: Of course, there is also an economic system on the server. You can earn money by selling things, and you can then spend this money on new weapons / tools or building materials. 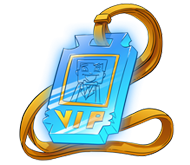 The OMG SMP server is in no way affiliated with Mojang, AB. Nor should it be considered a company endorsed by Mojang, AB.

Any contributions or purchases made on this store goes to the OMG SMP Development Team.